ebook ∣ Tuesdays at the Castle 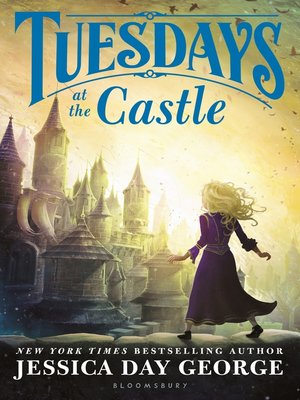 View more libraries...
See where it all began with the start to Jessica Day George's bestselling series about a castle that can rebuild itself and the children who defend it.

Tuesdays at Castle Glower are Princess Celie's favorite days. That's because on Tuesdays the Castle adds a new room, a turret, or sometimes even an entire wing. No one ever knows what the Castle will do next, and no one-other than Celie, that is-takes the time to map out the new additions.

But when King and Queen Glower are ambushed and their fate is unknown, it's up to Celie, with her secret knowledge of the castle's never-ending twists and turns, to protect their home and save their kingdom.