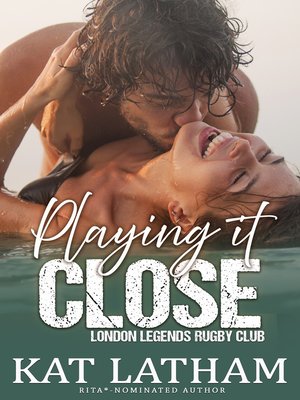 With his toughest-ever season starting soon, professional rugby player Liam Callaghan needs time out of the spotlight to rest and grieve his mother's recent death. Vacationing incognito in Venezuela protects his identity. It does nothing to protect his heart when he meets pink-haired dynamo Tess Chambers.

Impulse control has never been Tess' strong suit. A professional disaster has made her a tabloid target. She escapes to an eco-lodge on Venezuela's Caribbean coast to let things cool off. Instead, the steamy nights lead to a steamy one-night stand. Though he's lied about his name—and so has she—Tess knows exactly who her lover is. It's impossible not to recognize the sexy London Legends captain when she's a huge fan.

Returning to London, Liam's shocked to discover Tess works for his team's new sponsor—a job that requires them to spend lots of time together. They're both playing it close to the chest, but Tess is the one woman who's ever left Liam wanting more. They've already lied to each other once. Can they overcome the secrets of the past so they can score a future?

"I laughed out loud on several occasions and found myself reading with a smile plastered on my face."

"I love Kat Latham's London Legends series—the rugby players are hot, the emotion is hard-hitting and the sex is sizzling!"

Please note: This book was originally published in 2014 but has been re-published with no changes to the story.