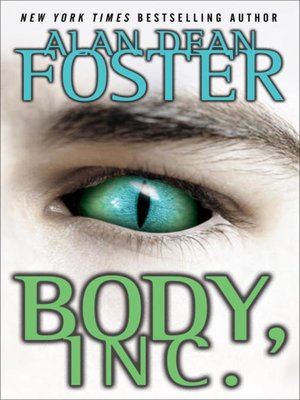 View more libraries...
New York Times bestselling author Alan Dean Foster has always been on the cutting-edge of science fiction. In Body, Inc., he creates a tomorrow where genetic manipulation has become ubiquitous, and the very meaning of what it is to be human is undergoing drastic transformation.

In a world deeply wounded by centuries of environmental damage, two unlikely souls join forces: Dr. Ingrid Seastrom has stumbled into a mystery involving quantum-entangled nanoscale implants—a mystery that just may kill her. Whispr is a thief and murderer whose radical body modifications have left him so thin he is all but two-dimensional. Whispr has found a silver data-storage thread, a technology that will make him wealthy beyond his wildest dreams. He is also going mad with longing for Dr. Ingrid Seastrom. Their quest to learn the secrets of the implant and the thread—which may well be the same secret—has led them to the South African Economic Combine, otherwise known as SAEC. Or, less respectfully, SICK.  SICK, it seems, has the answers.
Unfortunately, SICK has also got Napun Molé, a cold-blooded assassin whose genetic enhancements make him the equivalent of a small army. Molé has already missed one chance to kill Ingrid and Whispr and now he has followed them to South Africa. This time, he is not only going to succeed, he is going to make them suffer.