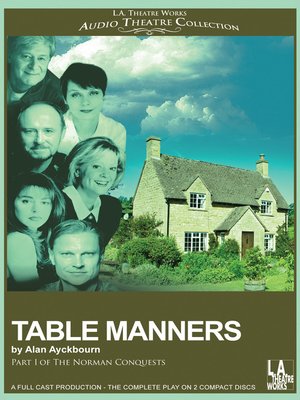 England's famous seducer of other men's wives lays siege to his sister-in-law in the first "battle" of Ayckbourn's celebrated trilogy The Norman Conquests. In Table Manners, the action occurs in the dining room of Mother's house, where a conventional middle-class family is attempting to have a pleasant country weekend. But they are no match for Norman, the bane of the family, who horrifies everyone by doing exactly as he likes.