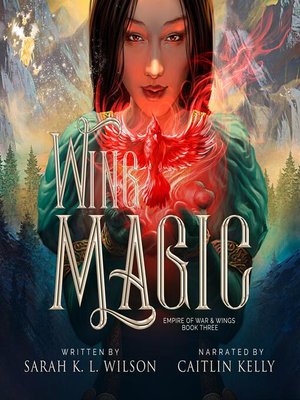 CAN SHE OUTRUN HER MOST POWERFUL ALLY?

Aella has used every scrap of magic at her disposal to fight against the Winged Empire and save her family but now she's on the run from the person she thought she could trust the most.

All Aella wanted to do was fight injustice and use her powerful bee swarm magic to do that. She thought she'd be spared the wrath of the crown prince when she saved his city.

Instead, he declared her his future wife in public, while torturing her in private. Escaping with her life, Aella is on the run from the crown prince's hunter, searching for resources and allies to help her in her fight. And the places she must look for those things will prove to be even more dangerous than anything she's encountered so far.

Now, Aella must choose again – will she flee for her life while she can or will she keep on fighting to save everyone else, too?