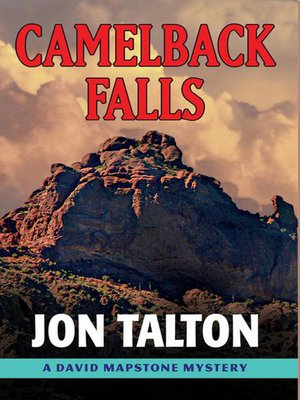 FictionMystery
""In the quiet of my forgotten office in the old country courthouse, behind the plastic doorplate that reads 'Deputy David Mapstone, Sheriff's Office Historian, ' I fiddled with the tribal fashion of cops. The tan uniform blouse with epaulets and pocket flaps, the opening above the pocket made for a cheap Cross pen, and the gold-plated 'MCSO' letters running parallel on each side of the collars. ... An off-white felt Stetson sat on my desk. We might be one of the largest urban counties in the United States, but we kept our Old West traditions. ...""Historian-turned-deputy-sheriff David Mapstone returns in this exciting sequel to Jon Talton's "Concrete Desert," When his friend Peralta, newly sworn in as sheriff, is shot by a sniper, "History Shamus" Mapstone can't keep a cool, academic distance. And he'd better not: while Peralta lies comatose in the hospital, the powers-that-be appoint Mapstone acting Sheriff in his place. Mapstone feels unqualified, but he's the only person who's temporary appointment won't infuriate all the other candidates who want the Sheriff's position permanently. Meanwhile, a cryptic note scrawled by Peralta before the shooting forces Mapstone to confront his own personal history, which has drawn him unwittingly into danger. As Mapstone discovers, the past has deadly consequences. The mean streets of the New West have never been more sinister.
FictionMystery

Author Jon Talton's writing was developed over 20 years as a journalist, working for newspapers in San Diego, Denver, Dayton, Cincinnati, Charlotte, and Phoenix. Jon's columns have appeared in newspapers throughout North America. Before journalism...

More about Jon Talton
Camelback Falls
Copy and paste the code into your website.
New here? Learn how to read digital books for free