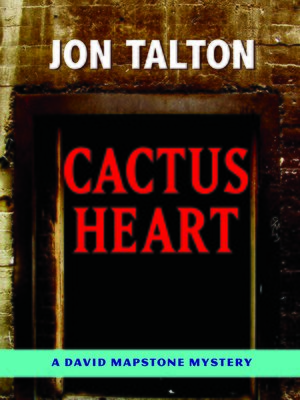 FictionMystery
In this ""prequel"" to the popular David Mapstone mysteries, author Jon Talton takes us back to 1999, when everything dot-com was making money, the Y2K bug was the greatest danger facing the world, and the good times seemed as if they would never end.
It was a time before David and Lindsey were together, before Mike Peralta was sherriff, and before David had rid himself of the sexy and mysterious Gretchen.
In Phoenix, it's the sweet season and Christmas and the new millennium are only weeks away. But history professor David Mapstone, just hired by the Sheriff's Office, still finds trouble, chasing a robber into an abandoned warehouse and discovering a gruesome crime from six decades ago.
Mapstone begins an investigation into a Depression-era kidnapping that transfixed Arizona and the nation: the disappearance of a cattle baron's grandsons, their bodies never found. And although the kidnapper was caught and executed, Mapstone uncovers evidence that justice was far from done. But this is no history lesson. The cattle baron's heirs now run a Fortune 500 company and wield far more clout than a former-professor-turned-deputy. Then one of the heirs turns up dead....
FictionMystery

Author Jon Talton's writing was developed over 20 years as a journalist, working for newspapers in San Diego, Denver, Dayton, Cincinnati, Charlotte, and Phoenix. Jon's columns have appeared in newspapers throughout North America. Before journalism...

More about Jon Talton
Cactus Heart
Copy and paste the code into your website.
New here? Learn how to read digital books for free