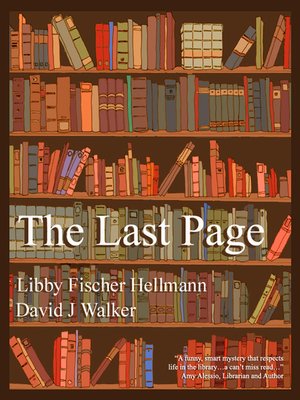 Barbara Adams, head of the Windbrook Library in suburban Chicago, has died, apparently from a fall down the stairs to the library's basement. But when Julia Fairbanks, her closest friend's daughter pokes around, she finds troubling emails that indicate Barbara was not the victim of a heart attack, but a vicious killer instead. Can Julia find the murderer? Or will she end up on The Last Page too?