Light of the Outsider 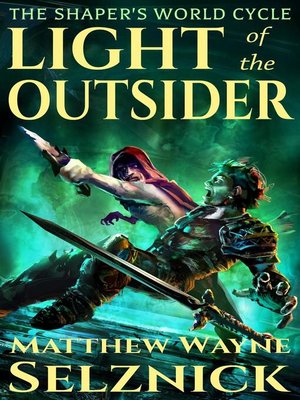 In this stand-alone character-driven fantasy thriller debuting a brand-new, original world, desperate people vie to find a kidnapped prince before magical and political pressures threaten the stability of the entire continent and millions of lives.
"The invitation was a trap..."
For menial palace servants Sot and Lama, the infant prince represents a means to finally escape their disappointing, stagnant lives... and each other.
The tavernkeep, Kug, is torn between duty to his family and the fate of the realm, not to mention the very real chance that all choices lead to personal ruin.
The sellsong, Talen, hides paralyzing survivor's guilt beneath brash exuberance. If he can rescue the infant prince, will he find the resolve to restore his family name and his own sense of worth?
Dennick, the sellsword with compromised loyalties, faces an impossible choice — save the prince, or save the love of his life? Either way... will he lose everything that matters, not least himself?
Rajen is the gifted practitioner of a forbidden magickal art, forced to keep her true self hidden. The forking future holds many paths for her... will she follow the road to her future freedom, and at what cost?
And even if this disparate, desperate bunch achieve their objectives... Wresting their prize from the foul forces of a nefarious, reality-threatening plot and bringing him back alive are two different things...

In LIGHT OF THE OUTSIDER...

Is there magic? You bet!
Crime? The whole thing's set off by a vile act. A few, in fact.
Violence? Yes. Sudden, brutal, and final.
Intrigue? Sure! The fates of a child, a city, an empire, and maybe an entire world are at stake.
LIGHT OF THE OUTSIDER is a character-driven low fantasy with a touch of noir and just a hint of cosmic horror oozing between the cracks, as if George R. R. Martin ("Game of Thrones") and James Ellroy ("L. A. Confidential") had a literary love child and left the squawking sport on a filthy altar in the woods to be discovered... by you!