For Me Fate Wove This 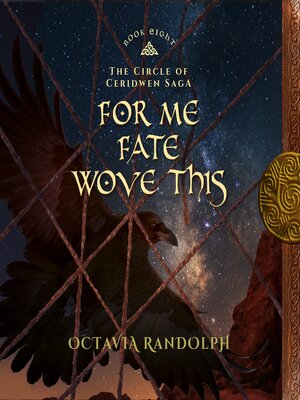 View more libraries...
For Me Fate Wove This: Book Eight of The Circle of Ceridwen SagaDownload the accompanying reference material with Maps, Character Lists, Glossaries and more, free at www.octavia.net

In an Angle-land riven by contesting Danes...

Hrald of Four Stones has fallen in love with Dagmar, the daughter of dead King Guthrum, who once ruled all Anglia. Dagmar is beautiful and poised; very much a King's daughter. Yet she owns nothing but the jewels about her neck – and the secrets she carries with her.

"Are you always fighting Fate and the will of the Gods? Then you will be thwarted at every turn..." Ashild has not forgotten this advice given her by her step-father Sidroc before he sailed for Gotland. Her own desires are contrary to the goals of those who love her best – how much more difficult to make decisions for two?

Ceric of Kilton is now a proven warrior, and made second in command to Prince Eadward of Wessex. In the ceaseless attempt to bring the Danish interloper Haesten to heel, the Prince's small troop crosses into enemy territory. There they are pushed beyond the point of endurance. Deep into Lindisse, both Hrald and Ceric become enmeshed in a fearsome struggle between the marauding Danes and the warriors of Four Stones. The result changes both men forever.