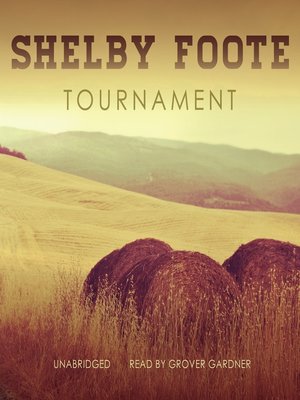 This debut novel by Shelby Foote, a major Southern writer whose masterpiece is The Civil War: A Narrative, introduces Hugh Bart, a farmer confronting life's problems in the post-bellum South. Hugh's story is told through a clever blend of rich language and flashbacks that bring to life Jordan County, Foote's fictional Mississippi Delta community. Many of the remarkable characters introduced here will become staples of Foote's future works.

Highly praised both here and abroad, Foote's novels have been on the best-seller lists in France and Italy. Whether writing historical narrative or novels, Shelby Foote clearly belongs to the first rank of American writers of our century.

Shelby Foote (1916-2005) was an American historian and novelist who came from a long line of Mississippians. After attending the University of North Carolina, he served in World War II as a captain of field artillery in the European theater. He wr...

More about Shelby Foote
Tournament
Copy and paste the code into your website.
New here? Learn how to read digital books for free