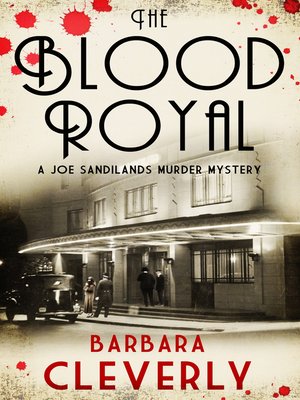 FictionMystery
On his return from India, Commander Joe Sandilands, now adept at the arts of dynamic diplomacy, finds himself up to his neck in a tricky political situation. A war-weary London is reeling from IRA atrocities and Joe is further plagued by the machinations of a spy-ring being run under his nose by a Russian emigree princess. When a war hero is gunned down and the life of an even more popular Englishman threatened, Joe knows he only has days to root out the woman who is behind the killings: Irish? Russian? Or somebody quite other? With the aid of the proposed victim who offers himself as bait, and the services of a woman police constable, Joe discovers that the murderer's motive is not political but much more devious and deranged. And when the mask comes off, the killer's identity shocks even the battle-hardened commander.
FictionMystery

Barbara Cleverly was born in the north of England and is a graduate of Durham University. A former teacher, she has spent her working life in Cambridgeshire and Suffolk; she now lives in Cambridge. She has one son and five step-children. Her Joe S...

More about Barbara Cleverly
The Blood Royal
Copy and paste the code into your website.
New here? Learn how to read digital books for free