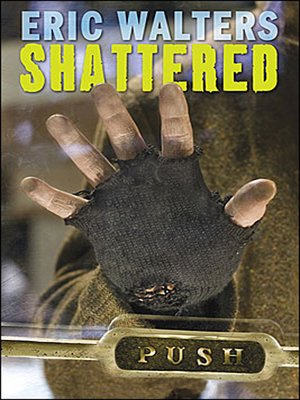 View more libraries...
In order to pass social studies, fifteen-year-old Ian must complete community volunteer service. Choosing to work at "The Club” sounds like fun, until he arrives at what turns out to be a soup kitchen for the homeless in an unsafe part of the city. After a near-mugging, from which he's saved by a fierce, pipe-wielding homeless man, Ian figures this will probably be the most depressing and scary assignment he's ever had to complete.

When Sarge, the man who saved him, shows up at the soup kitchen looking far less fierce, Ian begins to get to know him. His real name is Jacques, and he was a soldier in the Canadian Armed Forces. His last tour of duty was as a peacekeeper stationed in Rwanda, an African nation Ian knows little about.

In this gripping tale, Ian learns not only about Rwanda but about the world, and he is not at all prepared. But what will he do with his new-found knowledge? Can he help Jacques, a man who has lost everything but his nightmarish memories?

With a Foreword by General Roméo Dallaire, force commander for the United Nations Mission to Rwanda, Shattered is an important book, one that asks what one person can do to make a difference.