Treasure of the Sun 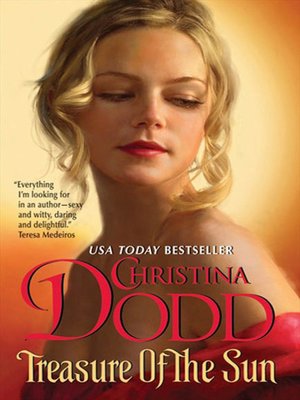 Black-eyed Damian de la Sola was like no man Katherine Maxwell had ever known. Powerful and seductive, the aristocratic Spaniard unleashed a passion the Boston beauty vowed to resist.

De la Sola's blood ran hot for the bewitching widow of his most trusted American ally.Consumed by love and honor-bound to protect her, he relentlessly pursued her into the California wilderness.

Together, they followed their destinies. From a magnificent hacienda to a glittering cave carved deep in the mountainside, they searched for a golden treasure—and discovered a priceless love.