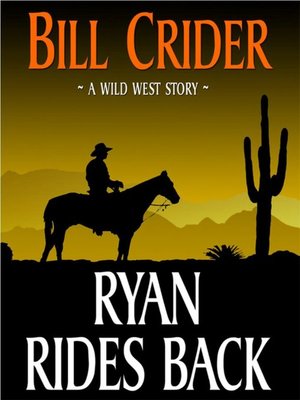 Bill Kane was going to hang for murdering Ryan's sister... After three long years, folks were shocked Ryan would show his face after abandoning his sister. Others were amazed that he was back at all. No man could have survived that night in Shatter's Grove. Ryan was no ordinary man. Tularosa was in for more shocks and surprises, because he was back for the real truth behind his sister's murder.