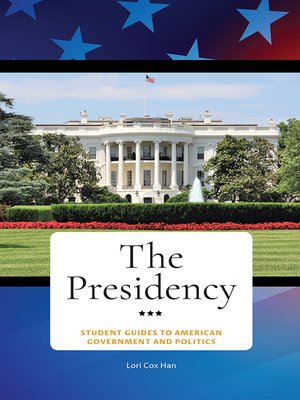 This work provides a concise, authoritative, and illuminating overview of the Executive Office of the President of the United States.

This reference work surveys and explains all aspects of the Presidency, including the Founding Fathers' conception of the position, the evolution of the specific powers and responsibilities residing in the Oval Office over time, the relationship between the executive branch and the other two branches of the federal government, and the evolution of presidential election campaigns in U.S. history. It also discusses major historical events and controversies surrounding the Presidency and explains how the party affiliation of the president often colors White House priorities, policies, and attitudes of governance.

This book is part of ABC-CLIO's Student Guides to American Government and Politics series. Each volume in the series provides an accessible and authoritative introduction to a distinct component of American governmental institutions and processes and shows how it pertains to America's current political climate and the rights and responsibilities of citizenship.