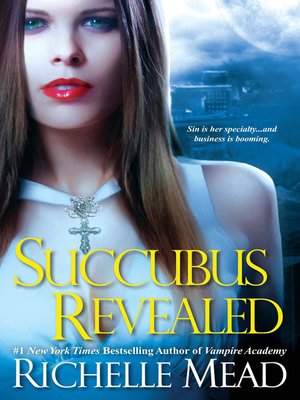 A Seattle succubus with a shot at love gets a suspicious transfer to Las Vegas in this urban fantasy by a #1 New York Times–bestselling author.

Georgina Kincaid has had an eternity to figure out the opposite sex, but sometimes they still surprise her. Take Seth Mortensen. The man has risked his soul to become Georgina's boyfriend. Still, with Lucifer for a boss, Georgina can't just hang up her killer heels and settle down to domestic bliss. In fact, she's being forced to transfer operations...to Las Vegas.

The City of Sin is a dream gig for a succubus, but Georgina's allies are suspicious. Why are the powers-that-be so eager to get her away from Seattle—and from Seth? Georgina is one of Hell's most valuable assets, but if there's any way out of the succubus business she plans to take it—no matter how much roadkill she leaves behind. She just hopes the casualties won't include the one man she's risking everything for...

Praise for Richelle Mead and her Succubus series
"Richelle Mead delivers sexy action and tongue-in-cheek hellish humor—if damnation is this fun, sign me up!"—Lilith Saintcrow, author of The Devil's Right Hand
"This is one of those series I'm going to keep following."—Jim Butcher, New York Times bestselling author of the Harry Dresden series
"The mix of supernatural mystery, romance, and reluctant succubus is great fun."—Locus
"Mead cooks up an appetizing debut that blends romantic suspense with a fresh twist on the paranormal, accented with eroticism."—Booklist

"The obvious heir to the Twilight throne." —The Dailybeast.com

"This is one of thos