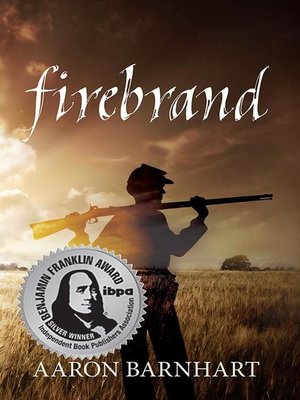 Action-packed narrative and contemporary dialogue shed new light on questions of race, violence, and conscience that kids confront today.
1848. The Bondi family is leaving for a better life in America. But 15-year-old Anschl doesn't want to go. He's found his life's purpose in Vienna, fighting on the barricades against a tyrant king. In America Anschl tries to put his past behind him, seeking adventure aboard a Texas riverboat. But there is a tyranny in his adopted land called slavery, and its presence rekindles the fire in the young freedom fighter. Anschl heads to Kansas Territory and the adventure of his life alongside the notorious abolitionist John Brown.
Includes a factual preface and epilogue with two pages of maps to immerse readers in Bondi's world.
"Likable, teen-friendly novel, accessible and historically rigorous, Firebrand is a potential supplement to U.S. history studies at the middle school or high school level." — Kirkus Reviews