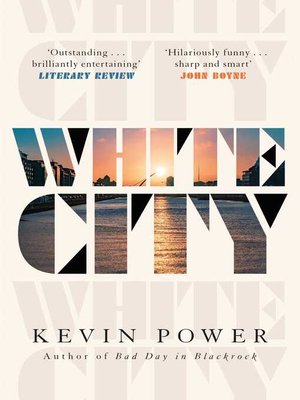 View more libraries...
From the highly acclaimed author of Bad Day in Blackrock – inspiration for the 2012 award-winning film What Richard Did, directed by Lenny Abrahamson...
?
Shortlisted for the 2021 An Post Irish Book Awards Eason Novel of the Year...
A darkly funny, gripping and profoundly moving novel about a life spinning out of control, a life live without the bedrock of familial love, and the corruption of material wealth that tears at the soul.
'It was my father's arrest that brought me here, although you could certainly say that I took the scenic route.'
Here is rehab, where Ben – the only son of a rich South Dublin banker – is piecing together the shattered remains of his life. Abruptly cut off, at the age of 27, from a life of heedless privilege, Ben flounders through a world of drugs and dead-end jobs, his self-esteem at rock bottom. Even his once-adoring girlfriend, Clio, is at the end of her tether. Then Ben runs into an old school friend who wants to cut him in on a scam: a shady property deal in the Balkans. The deal will make Ben rich and, at one fell swoop, will deliver him from all his troubles: his addictions, his father's very public disgrace, and his own self-loathing and regret. Problems solved.
But something is amiss. For one thing, the Serbian partners don't exactly look like fools. (In fact they look like gangsters.) And, for another, Ben is being followed everywhere he goes. Someone is being taken for a ride. But who?
Praise for White City:
'I can't recommend it enough' John Boyne
'Immensely enjoyable and tautly written' Sunday Times
'Spiky, blackly funny' Independent
'Both riotous rant and thoughtful coming-of-age tale' Dublin Review of Books
'Brilliantly entertaining' Literary Review
'Likely to be the most solid, well-rounded novel to come out of Ireland this year' Irish Independent
'This ambitious, attention-grabbing novel seems ripe for cinematic adaptation' Daily Mail
'Demands to be read' Irish Times
'Power shows his own capacity for comic timing and pithy aperçus' Guardian
'One of the most purely enjoyable books' Peter Murphy, Arena (RTE Radio 1)
'A tremendously zesty and zeitgeisty piece of writing' Sunday Times (Ireland)
'Fast-paced and wickedly funny' Danielle McLaughlin
'Magnificent' Billy O'Callaghan
'Dark, hilarious and emotionally profound' Ed O'Loughlin
'[A] biting page-turner' Business Post
'Funny, and gorgeously written, and just relentlessly entertaining' Mark O'Connell
'You'll laugh, you'll cry... Read it, read it, read it' Claire Hennessy
'Profound, unpretentious, unapologetically intelligent, and really hilarious' Lauren Oyler
'Brilliant' Eoin McNamee