ebook ∣ A True Story of Faith, Family, and Fighting to Get Back on the Board 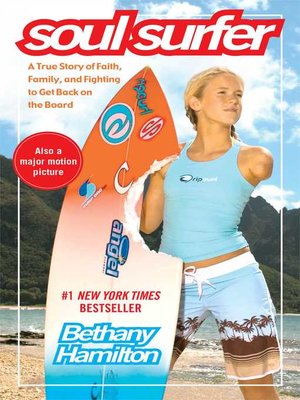 The amazing story of the thirteen-year-old surfer girl who lost her arm in a shark attack but never lost her faith — and of her triumphant return to competitive surfing.
They say Bethany Hamilton has saltwater in her veins. How else could one explain the tremendous passion that drives her to surf? How else could one explain that nothing — not even the loss of her arm in a horrific shark attack — could come between her and the waves?
That Halloween morning in Kauai, Hawaii — a glorious part of the world, where it's hard to deny the divine — Bethany responded to the shark's stealth attack with the calm of a girl with God on her side. Pushing pain and panic aside, she immediately began to paddle with one arm, focusing on a single thought: "Get to the beach...." Rushed to the hospital, where her father, Tom Hamilton, was about to undergo knee surgery, Bethany found herself taking his spot in the O.R. It's the kind of coincidence that isn't mere coincidence to the Hamilton family, a clan whose motto could easily be "the family that surfs and prays together stays together." To them it was a sign someone had a greater plan than the one they'd been working on themselves — which had been to scrape together whatever resources they could to help Bethany rise to the top of her sport. When the first thing Bethany wanted to know after surgery was "When can I surf again?" it became clear that her unfaltering spirit and determination were part of a greater story — a tale of courage and faith that this modest and soft-spoken girl would come to share with the world.
Soul Surfer is a moving account of Bethany's life as a young surfer, her recovery in the wake of the shark attack, the adjustments she's made to her unique surfing style, her unprecedented bid for a top showing in the World Surfing Championships, and, most fundamentally, her belief in God. It is a story of girl power and spiritual grit that shows that the body is no more essential to surfing — perhaps even less so — than the soul.