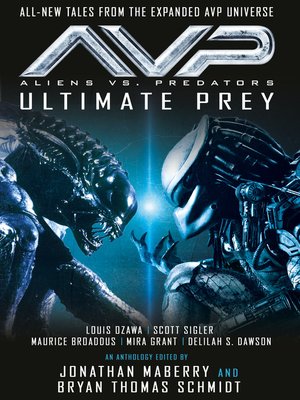 Here the ultimate hunters, the Predators, pitted against their ultimate prey, the Xenomorphs from Alien, with humans caught in the middle! Taking place on Earth and in distant space, these tales have been crafted by a who's who of today's most talented authors of the fantastic:

Inspired by the events of the original Aliens vs. Predators movies, graphic novels, and novels, these are the ultimate life-and-death struggles. Including a new story written by Jonathan Maberry and Louis Ozawa ("Hanzo" from the movie Predators) as Hanzo's brother faces the eternal threats of both the Yautja and the Xenomorphs.