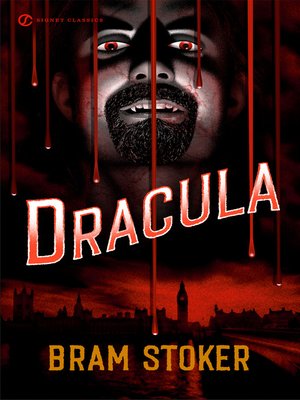 Bram Stoker's gothic horror masterpiece pits good against evil and life against death, all under the thrall of the original vampire...
Count Dracula sleeps in a silent tomb beneath his desolate castle. His eyes are stony and his cheeks are deathly pale. But on his lips, there is a mocking smile—and a trickle of fresh blood. He has been dead for centuries, yet he may never die...

Here begins the most celebrated vampire story in history, a tale of age-old evil that is forever new. With its haunting mix of suspense and horror, Bram Stoker's Dracula is a novel of compelling power. Reader, be warned: once you enter Castle Dracula, you might not escape its baleful spell—even after you close this book.