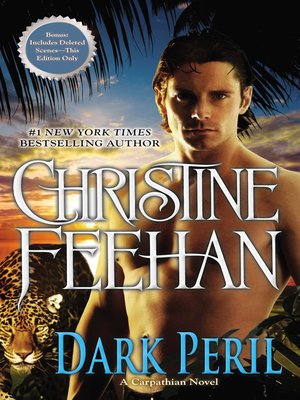 FantasyFictionRomance
Two lovers are bound by the very desires that could destroy them in this darkly exquisite novel in the #1 New York Times bestselling Carpathian series.
There's only one way for Dominic—one of the most powerful of the Carpathian Dragonseekers—to learn the secrets of the enemy: ingest their parasitic vampire blood, infiltrate the camp, and relay the information to the Carpathians before he goes out fighting. There is no more honorable way to end his life.
Solange is among the last of the dying species of the jaguar people—fighting to save the remaining shapeshifters from the hands of her own father, a monster who slaughtered everyone she loved. Wounded and weary, she plans one last battle, hoping to stop the man who has aligned with the vampires, and accepting her deathly fate.
Now, two warriors from different worlds will find each other at the end of their time, and discover a new reason to battle to the death—and against all odds, make it out alive.
FantasyFictionRomance

Dark Peril
Copy and paste the code into your website.
New here? Learn how to read digital books for free