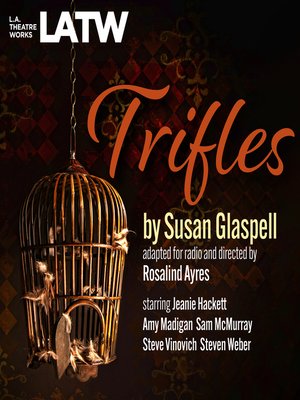 Based on an actual murder case Susan Glaspell reported for the Des Moines News in 1916, this one-act play represented an early exploration of gender relationships in a time when women often were considered to be mere "trifles." The play is considered a groundbreaking work in feminist literature and is often included in American drama anthologies.

Recorded at The Invisible Studios, West Hollywood, in April 2011.

Adapted and directed for radio by Rosalind Ayres