Documents of the Harlem Renaissance 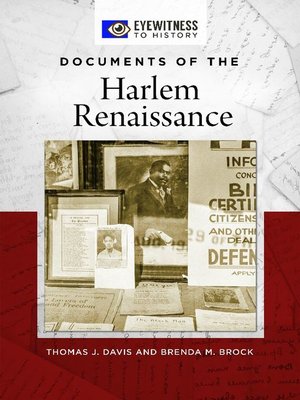 This book explores the transformative energy and excitement that African Americans expressed in aesthetic and civic currents that percolated the opening of the 20th century and proved a force in the modernization of America.

This engaging reference text represents the voices of the era in poetry and prose, in full or excerpted from anecdotes, editorials, essays, manifestoes, orations, and reminiscences, with appearances by major figures and often overlooked contributors to the Harlem Renaissance.

Organized topically and, within topics, chronologically, the volume reaches beyond the typical representation of the spirit and substance of the movement, examinations of which are typically confined to the New York City community and from U.S. entry into World War I in 1917 to the depths of the Great Depression in 1935. It carries readers from the opening of the Harlem Renaissance, which began at the top of the 20th century, to its heights in the 1920s and '30s and through to its artistic and literary echoes in the shadows of World War II (1939–1945).