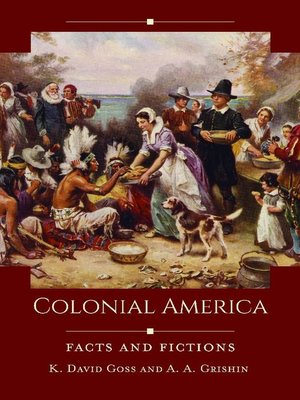 This book provides the essential, primary documentation needed to clarify, readjust, and in some cases destroy the many commonly held myths of America's colonial past.

The popular understanding of America's past is in many respects misunderstood and distorted. Even our secondary-level and college classrooms are not always capable of correcting the common misconceptions about Columbus and his discovery; about Jamestown, John Smith and Pocahontas; about the Salem Witch Trials; and even the American Revolution. What is often lacking in texts on these events and people is a narrative, with a solid underpinning of primary sources that clearly explains how misconceptions began, how they were perpetuated, and finally how they made their way into contemporary American popular culture.

Colonial America: Facts and Fictions separates myth from reality. The authors explore ten popular myths about the period, each of which is examined in terms of its origin and how it became ensconced in American memory. It uses primary sources to explain the evolution of the myths and to inform readers about what actually happened. This book explains all of this, and most importantly exposes the modern reader to those essential primary source documents that clarify the distortions and disprove the popular misconceptions of the past.