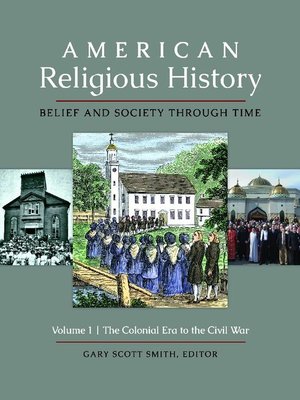 A mix of thematic essays, reference entries, and primary source documents covering the role of religion in American history and life from the colonial era to the present.

The work is organized in three volumes devoted to particular periods. Volume one includes a chronology highlighting key events related to religion in American history and an introduction that overviews religion in America during the period covered by the volume, and roughly 10 essays that explore significant themes. These essays are followed by approximately 120 alphabetically arranged reference entries providing objective, fundamental information about topics related to religion in America. Each volume presents nearly 50 primary source documents, each introduced by a contextualizing headnote. A selected, general bibliography closes volume three.