Avatar: The Next Shadow 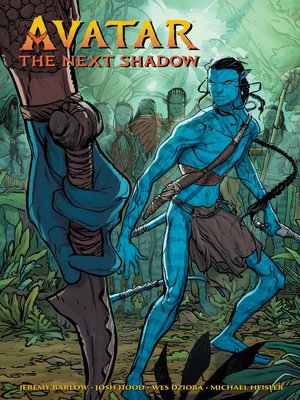 View more libraries...
Clan rivalries erupt amid turmoil in an untold story set immediately after the events of James Cameron’s 2009 blockbuster film Avatar!
Jake Sully maintains his position as leader of the Omatikaya Na'vi tribe, but with their Hometree destroyed, he begins to doubt his place among them. As the Na'vi and human feud persists, tensions between the tribes begin to escalate as longstanding family animosities ignite—spawning treachery and betrayal!
Writer Jeremy Barlow (AVP: Thicker than Blood, Star Wars: Darth Maul—Son of Dathomir) and artist Josh Hood (The Green Goblin, Star Trek: Mirror Broken, Ghost Rider) bridge the gap between Avatar and the highly anticipated sequel, Avatar 2, in this story of family, sacrifice, and survival!
Collects Avatar: The Next Shadow #1-#4.