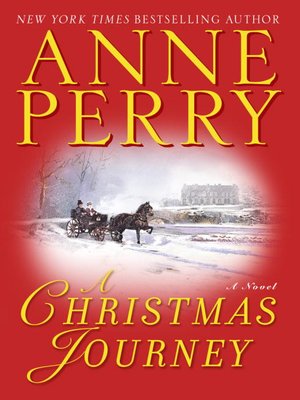 View more libraries...
Readers of Anne Perry's bestselling suspense novels revel in a world that is all their own, sharing the privileged existence of Britain's wealthy and powerful elite in West End mansions and great country houses. It is also a world in which danger bides in unsuspected places and the line between good and evil can be razor thin. This new novel features Lady Vespasia Cumming-Gould--one of the most memorable characters from the Thomas Pitt series--who appears here as a lively young woman, the ultimate aristocrat who can trace her blood to half the royal houses of Europe.

It's Christmas and the Berkshire countryside lies wrapped in winter chill. But the well-born guests who have gathered at Applecross for a delicious weekend of innocent intrigue and passionate romance are warmed by roaring fires and candlelight, holly and mistletoe, good wine and gorgeously wrapped gifts. It's scarcely the setting for misfortune, and no one--not even that clever young aristocrat and budding sleuth Vespasia Cumming-Gould--anticipates the tragedy that is to darken this light-hearted holiday house party. But soon one young woman lies dead, a suicide, and another is ostracized, held partly responsible for the shocking turn of events.

To expiate her guilt, Gwendolen Kilmuir sets out for the Scottish Highlands, hoping to explain to the dead girl's mother the circumstances surrounding the sorrowful act--and to bring her back to England for the funeral. Gwendolen's sole companion on this nightmarish journey is Vespasia. As Vespasia learns more about the victim and the ugly forces that shaped her desperate deed, she understands the heartbreaking truth of the tragedy.