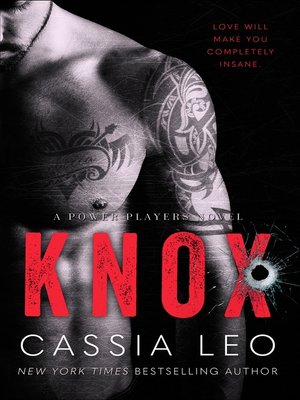 "Cunning and ruthless... Knox is the definition of alpha male."

Rebecca hasn't seen or heard from her mob boss father in four years, but she's about to receive a message from him that will throw her life into chaos. She thought she left the crime family, and the painful memories, behind when she went into law enforcement. She never expected to be abducted by a smoking hot stranger. But when this stranger makes Rebecca an offer too tempting to refuse, she finds herself dragged into one of the most ruthless vendettas of the century.

Knox Savage is well known as the infuriatingly sexy CEO of Knox Security and a notorious bad boy. What most don't know about Knox is that he loves helping high-profile criminals escape justice. He makes no judgments about guilt or innocence. And he doesn't do it for sentimental reasons. But he's about to take on a case that's going to get very personal.