Caught in the Lies 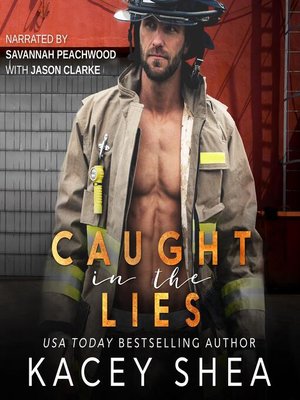 Fire captain Cameron McClain dropped into my life with as much subtlety as an unsolicited d*ck pic. I shouldn't be attracted to him, but I am. He's too old for me, too alpha for my tastes, and too bossy in the bedroom. Though, I have to admit he knows exactly how to use his . . . firehose.

I'm not interested in a forever kind of relationship, but he's down for whatever I'm willing to give. Our arrangement is perfect. At least that's how it begins. I never wanted the happily ever after, but he's just so tempting.

The smart choice would be to end things before they combust, but for some reason I can't push Cam away. The harder I try, the harder he—well, you get the picture.

I wish things were different. I want to be someone worthy of his devotion. But the secrets I hold close, they don't just eat me up inside, they destroy anyone who gets too close.

So, I won't fall in love. Simple, right?

Wrong. So freaking wrong. I don't just fall. I crash and burn for this man. But that's just the tip of the iceberg. Turns out I'm not the only one telling lies and keeping secrets, and his are enough to rip us apart forever.

Caught in the Lies reads as standalone but readers can enjoy Cam and Jill's FREE prequel, One Hot Night, available now or begin with Callie's book in Caught in the Flames.