The Law of Relativity 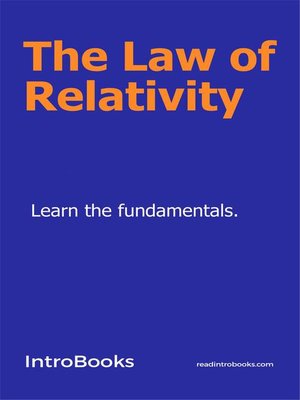 The law of relativity was put forth by Albert Einstein. The theory is made up of two parts: the Special Theory of Relativity, which he published in 1905, and the General Theory of Relativity which was published in 1916. According to Einstein, the law of relativity states that all of motion must be relatively defined, taking a frame of reference. This shows that space and time are relative rather than just an absolute concept. In the theories put forth by Einstein, he talks about the presence of black holes, gravitational waves, and the possibility of time travel. He talks about how the world came into being and what role the Big Bang had in it. His laws of relativity revolutionized physics completely.