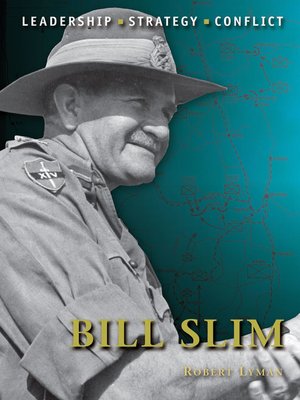 'Bill' Slim was one of the greatest British generals of World War II. In a career that stretched from 1914 until 1958 Bill Slim's greatest triumphs came in India and Burma in the long war against the Japanese between 1944 and 1945. This new Command title will cover both expeditions extensively. It also explores the legacy of a general that time often forgets. His success in rebuilding the morale and self-confidence of a defeated army remains at the heart of the way the British Army continues to train its soldiers today. He was no theoretical soldier, but in his demonstration of the principles of what is today called 'manoeuvre warfare' he is regarded as one of the finest commanders of the modern age and this book will help illustrate why.