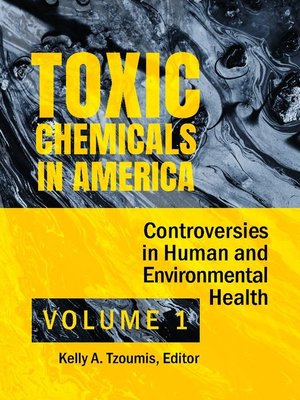 This one-stop resource is ideal for understanding the extent to which toxic chemicals are used in American industry and agriculture—impacting public health and the environment through everything from industrial solvents to children's toys.

Every year, about four billion pounds of toxic chemicals are generated and released by U.S. industries. Do these chemicals pose a potential health threat to American families, including vulnerable groups like children and the elderly? Is their manufacture and use adequately regulated to protect both human and environmental health? Is the Chemical Safety for the 21st Century Act, signed in June 2016 by former President Obama with bipartisan support, truly the first major overhaul of toxic chemical regulation in forty years to put human health first, as its supporters asserted? Or is it a fatally flawed bill that does the bidding of industry by undermining strong state environmental and public health laws, as some detractors claim?

This two-volume set will address all of those questions. Moreover, it will present and examine arguments marshaled by business interests, community leaders, scientists, activists, and lawmakers alike. It will thus provide users with the information they need to accurately assess the impacts—pro and con—that industrial chemicals are having in shaping the world in which we work, eat, drink, breathe, and play.