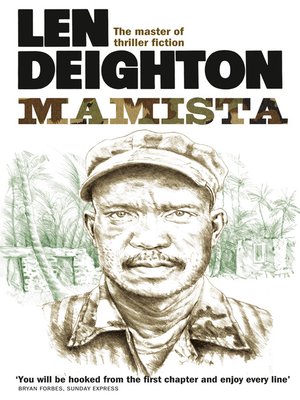 FictionSuspenseThriller
Deep in Marxist Guerilla territory a hopeless war is being fought. The Berlin Wall is demolished. Marx is dead. Try telling that to Ramon and his desperate men hiding in the jungle cradling their AK 47s, dusting off the slabs of Semtex and dreaming of world revolution. MAMista takes us to the dusty, violent capital of Spanish Guiana in South America, and thence into the depths of the rain forest; the heart of darkness itself. There, four people become caught up in a struggle both political and personal, a struggle corrupted by ironies and deceits, and riddled with the accidents of war. They are four people who never should have found themselves bound together in a mission for revolution, which may be the sentence of death. Never has Deighton portrayed so accurately the terror and the tedium of war, or the shifting alliances and betrayals between people who have nothing to lose but their lives. This new reissue includes a foreword from the cover designer, Oscar-winning filmmaker Arnold Schwartzman, and a brand new introduction by Len Deighton, which offers a fascinating insight into the writing of the story.
FictionSuspenseThriller

Born in London, he served in the RAF before graduating from the Royal College of Art (which recently elected him a Senior Fellow). While in New York City working as a magazine illustrator he began writing his first novel, ?The Ipcress File?, which...

More about Len Deighton
MAMista
Copy and paste the code into your website.
New here? Learn how to read digital books for free