Death On the Ice 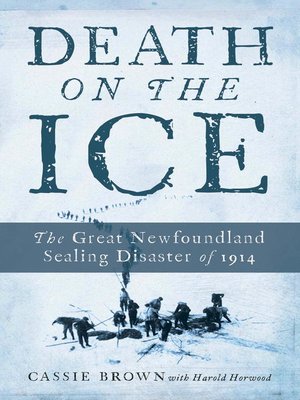 View more libraries...
Each year, for generations, poor, ill-clad Newfoundland fisherman sailed out 'to the ice' to hunt seals in the hope of a few penniew in wages from the prosperous merchants of St. John's.  The year 1914 witnessed the worst in the long line of tragedies that were part of their harsh way of life.
For two long, freezing days and nights a party of seal hunters—one hundred thirty-two men—were left stranded on an icefield floating in the North Atlantic in winter.  They were thinly dressed, with almost no food, and with no hope of shelter on the ice against the snow or the constant, bitter winds.  To survive they had to keep moving, always moving.  Those who lay down to rest died.
Heroes emerged—one man froze his lips badly, biting off the icicles that were blinding his comrades.  Other men froze in their tracks, or went mad with pain and walked off the edge of the icefield.  All the while, ships steamed about nearby, unnoticing.  And by the time help arrived, two thirds of the men were dead.
This is an incredible story of bungling and greed, of suffering and heroism.  The disaster is carefully traced, step by step.  With the aid of compelling, contemporary photographs the book paints an unforgettable portrait of the bloody trade of seal hunting among the icefields when ships—and men—were expendable.