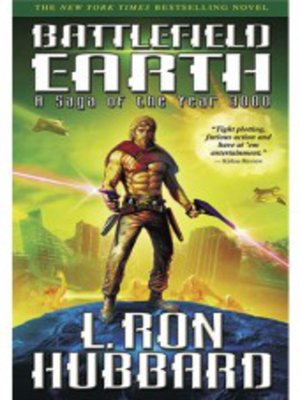 A towering masterwork of science fiction adventure and one of the best-selling science fiction novels of all time, L. Ron Hubbard s Battlefield Earth opens with breathtaking scope on an Earth dominated for 1,000 years by an alien invader and man is an endangered species. From the handful of surviving humans a courageous leader emerges Jonnie Goodboy Tyler, who challenges the invincible might of the alien Psychlo empire in a battle of epic scale, danger and intrigue with the fate of the Earth and of the universe in the tenuous balance.