ebook ∣ Rethinking the Past in a Changing World 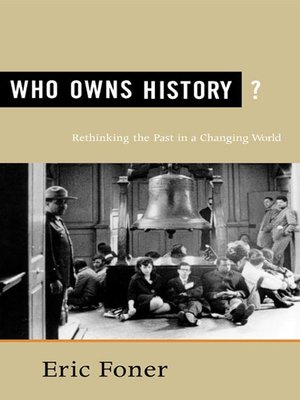 A thought-provoking new book from one of America's finest historians
"History," wrote James Baldwin, "does not refer merely, or even principally, to the past. On the contrary, the great force of history comes from the fact that we carry it within us, are unconsciously controlled by it in many ways, and history is literally present in all that we do."
Rarely has Baldwin's insight been more forcefully confirmed than during the past few decades. History has become a matter of public controversy, as Americans clash over such things as museum presentations, the flying of the Confederate flag, or reparations for slavery. So whose history is being written? Who owns it?
In Who Owns History?, Eric Foner proposes his answer to these and other questions about the historian's relationship to the world of the past and future. He reconsiders his own earlier ideas and those of the pathbreaking Richard Hofstadter. He also examines international changes during the past two decades—globalization, the collapse of the Soviet Union, the end of apartheid in South Africa—and their effects on historical consciousness. He concludes with considerations of the enduring, but often misunderstood, legacies of slavery, the Civil War, and Reconstruction. This is a provocative, even controversial, study of the reasons we care about history—or should.