By Wesley B. Truitt 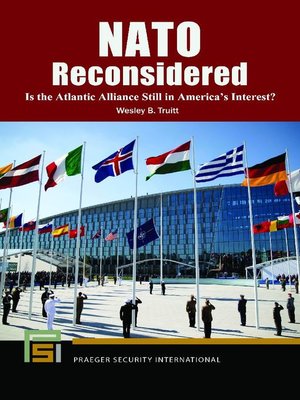 Since its beginning in 1949, NATO—the North Atlantic Treaty Organization—has been at the center of U.S. foreign policy. The alliance was crucial during the decades of the Cold War, and the United States collaborated closely with NATO during crises in Kosovo, Afghanistan, and Libya. But does the NATO alliance still serve the best interests of the U.S.?

The NATO of today—one that has expanded to 30 member countries—risks involving the U.S. in unwanted military activities of the future, actions that were not intended in the original Atlantic alliance. In addition, the real challenges for foreign policy of 21st century are not in Europe, but in the expanding economic powerhouses in Asia, especially China. NATO Reconsidered argues that the changes in world politics in recent decades requires that the more than 70-year-old alliance should no longer be the principal focus of U.S. foreign policy.