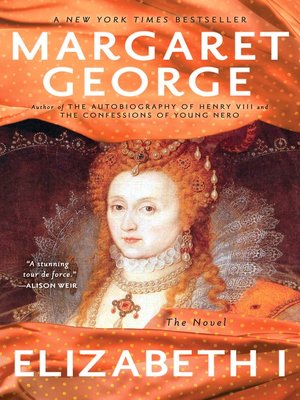 FictionHistorical Fiction
The New York Times bestseller from Margaret George—a captivating novel about history's most enthralling queen, the legendary Elizabeth I.
England's greatest monarch has baffled and intrigued the world for centuries. But what was the Virgin Queen really like? Lettice Knollys—Elizabeth's flame-haired, look-alike coussin—thinks she knows all too well. Elizabeth's rival for the love of Robert Dudley, Earl of Leicester, and mother to the Earl of Essex, Lettice has been intertwined with Elizabeth since childhood.
This is a story of two women of fierce intellect and desire, one trying to protect her country and throne, the other trying to regain power and position for her family. Their rivalry, and its ensuing drama, soon involves everyone close to Elizabeth, from the famed courtiers who enriched the crown to the legendary poets and playwrights who paid homage to it with their works.
Filled with intimate portraits of the personalities who made the Elizabethan age great—Shakespeare, Marlowe, Dudley, Raleigh, Drake—Elizabeth I provides an unforgettable glimpse of a woman who considered herself married to her people. A queen who ruled as much from the heart as from the head.
FictionHistorical Fiction

Elizabeth I
Copy and paste the code into your website.
New here? Learn how to read digital books for free