By Richard A. Hall 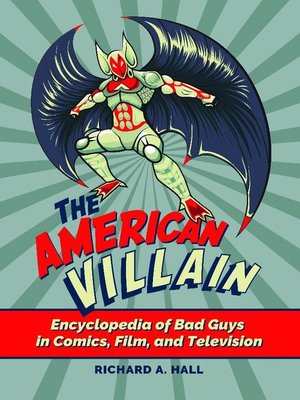 The American Villain: Encyclopedia of Bad Guys in Comics, Film, and Television seeks to provide one go-to reference for the study of the most popular and iconic villains in American popular culture.

Since the 1980s, pop culture has focused on what makes a villain a villain. The Joker, Darth Vader, and Hannibal Lecter have all been placed under the microscope to get to the origins of their villainy. Additionally, such bad guys as Angelus from Buffy the Vampire Slayer and Barnabas Collins from Dark Shadows have emphasized the desire for redemption—in even the darkest of villains. Various incarnations of Lucifer/Satan have even gone so far as to explore the very foundations of what we consider "evil."

The American Villain: Encyclopedia of Bad Guys in Comics, Film, and Television seeks to collect all of those stories into one comprehensive volume. The volume opens with essays about villains in popular culture, followed by 100 A–Z entries on the most notorious bad guys in film, comics, and more. Sidebars highlight ancillary points of interest, such as authors, creators, and tropes that illuminate the motives of various villains. A glossary of key terms and a bibliography provide students with resources to continue their study of what makes the "baddest" among us so bad.