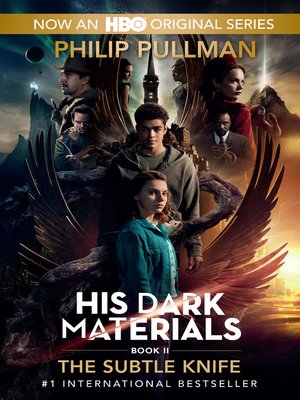 FantasyScience FictionYoung Adult Fiction
HIS DARK MATERIALS IS SOON TO BE AN HBO ORIGINAL SERIES STARRING DAFNE KEEN, RUTH WILSON, JAMES McAVOY, AND LIN-MANUEL MIRANDA!
The spellbinding sequel to The Golden Compass, the modern fantasy classic that Entertainment Weekly named an "All-Time Greatest Novel" and Newsweek hailed as a "Top 100 Book of All Time," continues the epic adventure, catapulting readers between worlds, and toward a devastating discovery.
Lost in a new world, Lyra finds Will—a boy on the run, a murderer—a worthy and welcome ally. For this is a world where soul-eating Specters stalk the streets and witches share the skies with troops of angels.
Each is searching—Lyra for the meaning of Dark Matter, Will for his missing father—but what they find instead is a deadly secret, a knife of untold power. And neither Lyra nor Will suspects how tightly their lives, their loves, their destinies are bound together...until they are split apart.

PHILIP PULLMAN is one of the most acclaimed writers working today. He is best known for the His Dark Materials trilogy, which has been named one of the top 100 books of all time by Newsweek and one of the all-time greatest novels by Entertainment ...

More about Philip Pullman
The Subtle Knife
Copy and paste the code into your website.
New here? Learn how to read digital books for free