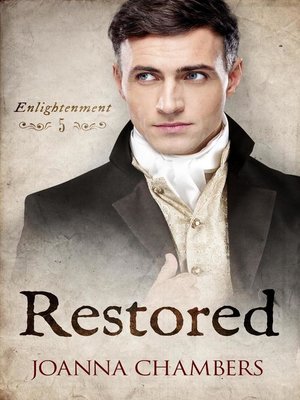 Eighteen years ago, Henry Asquith, Duke of Avesbury had to leave his kept lover, Kit Redford, in order to devote himself to raising his young family. Now, a lifetime later, his children are moving on and for the first time in years, Henry is alone.

During a rare visit to London, Henry unexpectedly happens upon an old friend of Kit's and learns that Kit did not receive the financial pay off he was entitled to when Henry left him. Instead Kit was thrown out of his home and left destitute. Horrified, Henry begs Kit to see him and allow Henry to compensate him. But Kit, who now owns a discreet club for gentlemen of a certain persuasion, neither needs nor wants Henry's money.

"Perhaps you should earn the money you owe me the way I had to earn it? On your knees, and on your back, taking my cock like a whore."

Kit thought he had put his old hurts and grievances about Henry behind him, but when he sees Henry again, he discovers that, not only is the old pain still there, so is the fierce attraction that once burned between them. When, in a moment of fury, Kit demands a scandalous form of penance from Henry, no one is more surprised than Kit when Henry agrees to pay it.

As Kit and Henry spend more time together, they learn more about the men they have become, and about the secret feelings and desires they concealed from one another in the past.

Henry realises he wants to build a future with Kit but can he persuade his wary lover to trust him ever again? And can two men from such different worlds make a new life together?