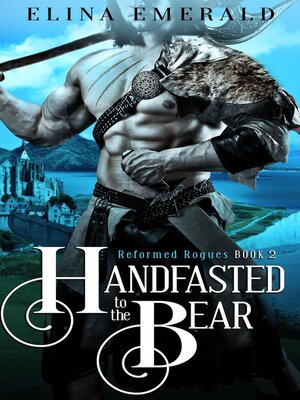 Brodie 'The Bear' Fletcher is a ladies' man through and through. A legendary warrior on the battlefield, his conquests in the bedchamber are equally renowned. He is his own man. He belongs to no one. But a trauma from his past has him questioning his life trajectory. As Head Guardsman of the War Band to Chieftain Beiste MacGregor (Book 1), Brodie is often in the company of an infuriating mixed-race bowyer named Orla who challenges him at every turn. With the threat of Viking raiders from the North, Brodie finds himself at the mercy of the very woman who threatens to steal his heart.

Orla the Orphan has loved Brodie Fletcher for as long as she can remember, but he never once noticed her. As a mixed-race orphan left on the doorstep of 'Morag the Oracle,' she was raised with the MacGregor clan. A master huntress and trusted advisor to the chieftain's wife, Orla has been a constant thorn in Brodie's side, with her razor-sharp wit and a waspish tongue. Everything changes when Vikings from the North come to stake their claim.

They will all discover firsthand what happens when you poke the Bear.

Warning: Brawny alpha males ahead and occasional historical inaccuracies. Not suitable for readers under the age of 18. Contains some mature content.