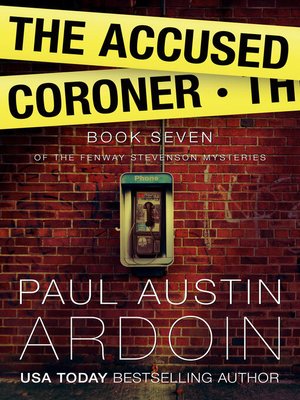 On the run. Accused of murder. And nowhere to go.

Stuck in an unfamiliar city, Coroner Fenway Stevenson finds herself accused of a murder she didn't commit—but all the evidence points in her direction. With the help of unlikely allies, she stays one step ahead of her pursuers, but for how long?

Fenway uncovers evidence not only about the victim, but her own mother's secret life. As the bodies pile up and the suspect list begins to unravel, will Fenway be able to prove her innocence? Or will she be locked up before she can unmask the true killer?

"You do not want to miss a single one of these books." —David Marvin, Scintilla Book Reviews (scintilla.info)