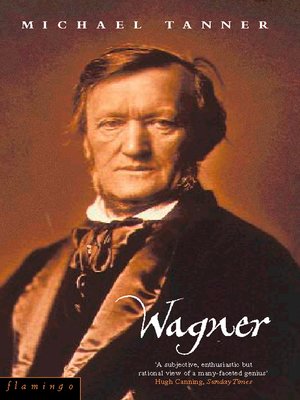 Biography & AutobiographyYoung Adult Nonfiction
'A fine, intellectually sparkling and always engaging little book – a welcome addition to any Wagner library'Hans Vaget, Opera Quarterly Whilst no one would dispute Wagner's ranking among the most significant composers in the history of Western music, his works have been more fiercely attacked than those of any other composer. His supposed personal defects have provoked intense hostility which has translated into a mistrust and abhorrence of his music. Tanner's fascination for the relationship between music, text and plot generates and illuminating discussion of the operas, in which he persuades us to see many of Wagner's best-know works afresh. His passionate and unconventional analyses are accessible to all lovers of music, be they listeners or performers. Note that it has not been possible to include the same picture content that appeared in the original print version.
Biography & AutobiographyYoung Adult Nonfiction

Michael Tanner is Dean of Corpus Christi College, Cambridge, where he lectures on philosophy. He is the author of Nietzsche and reviews regularly for Classic CD and the Times Literary Supplement.

More about Michael Tanner
Wagner
Copy and paste the code into your website.
New here? Learn how to read digital books for free