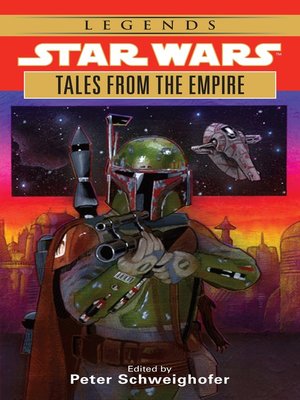 Tales from the Empire

Culled from the pages of the Star Wars Adventure Journal, one of the most popular Star Wars magazines in the field today, comes this exciting new short-story collection. Here are stories from such award-winning and New York Times bestselling authors as Timothy Zahn, Michael A. Stackpole and Kathy Tyers as well as exciting newcomers, including Erin Endom, Laurie Burns, and Patricia A. Jackson. From the desperate flight of a civilian mail courier carrying vital Rebel intelligence through an Imperial blockade, to a suicidal commando raid on an impregnable Imperial prison, to a Corellian smuggler mysteriously hired by an actor turned Jedi Knight turned Imperial assassin for one final transformation, these tales capture all the high adventure, imaginative genius, and nonstop action that are the hallmarks of the Star Wars saga.

What's more, the centerpiece of this magnificent collection is the short novel Side Trip, the first-ever collaboration between Timothy Zahn and Michael A. Stackpole, in which a freighter smuggling arms for the Rebels is commandeered by an Imperial Star Destroyer led by a mysterious helmeted figure who claims to be the notorious bounty hunter Jodo Kast. It is all part of a devious plan that includes Hal and Corran Horn, who are working undercover to nail the infamous Corellian warlord Zekka Thyne. But one slip-up can get them all killed.

Collected for the first time, Star Wars(r): Tales from the Empire is one book no fan will want to be without.

Tales from the Empire
Copy and paste the code into your website.
New here? Learn how to read digital books for free