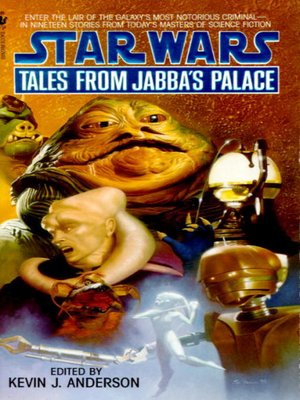 In the dusty heat of twin-sunned Tatooine lives the wealthiest gangster in a hundred worlds, master of a vast crime empire and keeper of a vicious, flesh-eating monster for entertainment (and disposal of his enemies). Bloated and sinister, Jabba the Hutt might have made a good joke -- if he weren't so dangerous. A cast of soldiers, spies, assassins, scoundrels, bounty hunters, and pleasure seekers have come to his palace, and every visitor to Jabba's grand abode has a story. Some of them may even live to tell it. . . .

Kevin J. Anderson has written many bestsellers and has been nominated for the Nebula Award, the Bram Stoker Award, and the SFX Reader's Choice Award. He also holds the Guinness World Record for largest single-author signing.

More about Kevin Anderson
Tales from Jabba's Palace
Copy and paste the code into your website.
New here? Learn how to read digital books for free