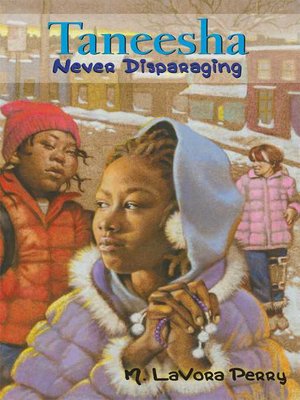 View more libraries...
Fifth grade isn't exactly easy for eleven-year-old Taneesha Bey-Ross. For one thing, she's getting tired of being her best friend Carli Flanagan's personal bodyguard. Carli wears a leg brace and she's white, and when Taneesha does stand up for Carli in the face of a local bully—a giant of a girl with big fists and army boots—she's told to expect revenge. Taneesha's also running a loser's race for class president, and her love-hate interest Rayshaun has learned that Taneesha is a Buddhist, so now he's taunting her, saying that she's going to hell. Her mom may have told her that Taneesha's got heaven in her heart, but it doesn't feel that way. And just in case she forgets it, there's always Evella, Taneesha's evil imaginary twin, to remind her that she's a total failure.

This beautifully written, fun, and instantly engaging novel presents vivid characters and a timely story about the big issues that every child faces.