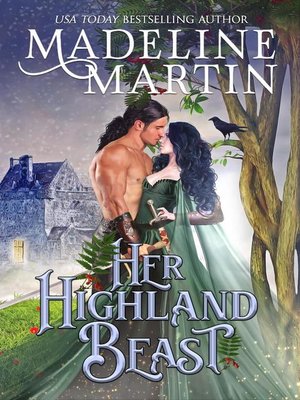 From USA Today Bestselling Author Madeline Martin comes a twist of two beloved fairytales with a mix of Celtic lore...

A man destined to die

Over a decade ago, a witch cursed Duncan MacLean to die on the 30th anniversary of his birth, when the last leaf falls from a charmed rowan tree. However, the curse can be broken if a daughter of Morrigan falls in love with him. Finding such a woman seems impossible, until he discovers a beautiful stranger beneath his tree where only a few final leaves remain.

A woman who cannot be killed

Evina MacGregor is a mercenary with no past, a woman who cannot be killed. After a lifetime of seeing those around her die, she wants nothing more than to find her own death. That is, until she stumbles upon an enchanted castle in the middle of a blizzard and a man who can not only unlock the secrets to her past, but also her heart.

A curse that can only be broken by true love

With time running out, is it possible for passion to give way to love? Or are they both doomed to the fate of their curse?